Practicing bass and being able to slow tracks right down will help you master plucking and fretting. Once you have the hang of it, speed the track up to play the full song.

Is there one part of a song you struggle with? Or a section you want to master. You can create a loops to practice over and over until it’s perfect.

We have included the bass charts and chords of all songs. Making the learning experience even easier.

Spread out practice sessions by saving your settings so you can easily return at a later time. 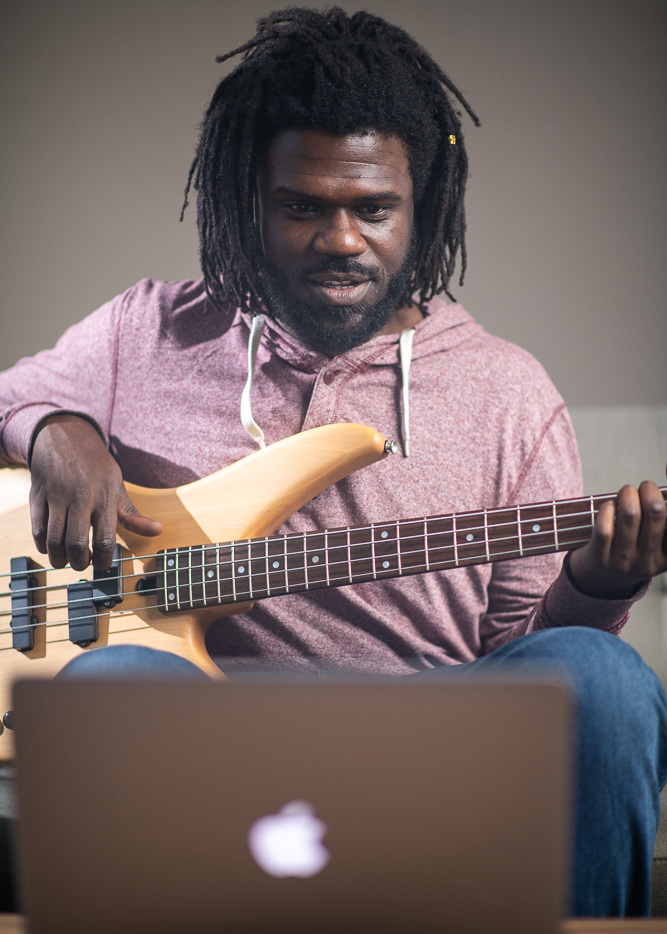 Play Along With The Legends

BASS GUITARISTS YOU PLAY WITH

The bass guitar keeps the band on tempo and adds texture to the music. The bass guitar is an instrument that brings all the other instruments together to provide a rhythmic foundation. Arguably the most crucial element in a band.

Which is why we have taken it upon ourselves to not only bring you quality tracks to play along to in the Jammin Player, we have also brought in world class musicians so that you are always practicing with top professionals. Meet the Jammin Player bass guitarists:

Henry Thomas is a musician who plays electric, fretless, double bass, guitar and piano based in London who has been active on the music scene since the early Eighties.

Whilst playing in student bands and attending all the union bar concerts he discovered a passion for Folk, Rock, Soul and Jazz creating the foundation which allowed him to begin playing in west-end shows, recording sessions and touring live with established artists and play with a band soon after leaving college.
Eventually this led to a music program on the BBC called Rockschool which he co-presented with Deirdre Cartwright on guitar and Geoff Nichols on drums about playing in a band.

Start your free trial of the Jammin Player today

The perfect tool to practice music

Hear from musicians who are using the Jammin Player

The Jammin Player enables you to practice with band from the comfort of your home.
You can practice at your own pace, bringing in all the instruments for a complete sound, or soloing out just your instrument until you get it perfect.